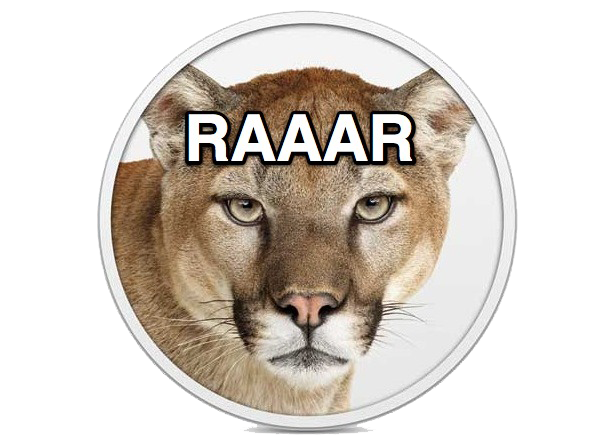 For those of you who were anxiously awaiting the arrival of Apple’s new OS, Mountain Lion, you needn’t wait any longer. That’s right – ‘sometime in July’ (Apple’s über specific launch date) turned out to be today, July 25. Mountain Lion, the ninth installment of OS X releases, is available for a mere $19.99 from the App Store. However, customers who purchased a new Mac since June 11 will be able to upgrade for free.

Before deciding whether the upgrade is worth it or not, let’s check out Apple’s general system requirements for the new OS:

You can easily find out what model of Mac you have by clicking the Apple in your menu bar, selecting “About This Mac” and clicking “More Info…” Here you can view your Mac’s model and release date as well as the amount of memory it has left.

Apple has made it known that Mountain Lion includes over 200 new features, which is pretty darn substantial. We could bore you to death going over each and every one of them, so we’ll cut to the chase with the cool stuff.

Dictation. This “talk to type” feature allows you to speak to your Mac in a Siri-esque manner. You can respond to everything from emails to tweets simply by speaking. Quite futuristic.

Power Nap.  This feature conveniently updates your system while in a deep state of sleep that has zero effect on your computer’s battery life. Apps such as Mail, Contacts, Calendar, Reminders, Notes, Photo Stream and Documents are all automatically refreshed in the Cloud. Software updates are downloaded when connected to a power source.

Safari. Those who have ditched Safari for Google’s Chrome maybe come back around to this redesigned version. Like Chrome, Safari in Mountain Lion has a combined search and URL box. With TabView, the tabs fan out for quick and easy swiping. Apple claims the browser is now the fastest on the block.

Messages. Replacing iChat, the new Messages app allows you to send messages to anyone with an iPhone, iPad, iPod touch, or just another Mac. You can include attachments such as photos, HD video and documents – all of which will appear on all your devices. Group messaging is also enabled with the new app.

Facebook and Twitter. Both of these social network outlets are seamlessly integrated into Mountain Lion, allowing you to post photos, links and comments directly from other apps.

Based on these new features and an additional 200 or so, Mountain Lion seems like a no-brainer for a cool $20, which is the lowest priced OS X to date (it’s seriously like ten cents per feature). We recommend that you Mac users out there upgrade and test out all of this new stuff for yourselves. After all, when’s the last time Apple steered you wrong?