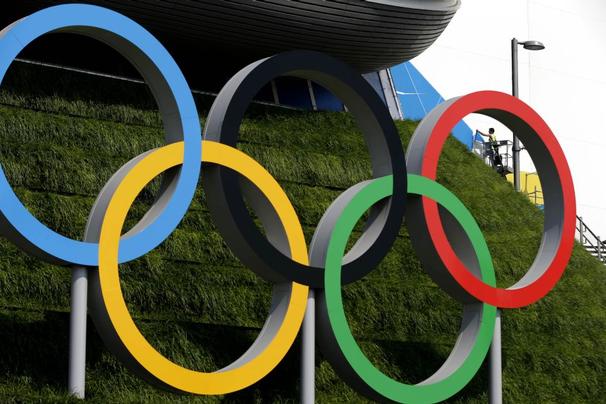 Ah, the Olympics are upon us. The quadrennial games have been sweeping the globe and producing more headlines than the upcoming presidential election, The Dark Knight Rises and Penn State combined.

In the spirit of the Olympic season, we’ve come up with our own brand of Detroit-style games that would surely capture the spirit of the city while providing authentic fun for the whole…well, leave the kids at home. Here are a few events from the mythical-but-still-awesome Detroit Olympics.

Ranked as having the second worst roads in the nation, we thought we could use this unique trait as the focus of a rousing event for our Detroit Olympics. This challenge would pit contestants against each other in a road rally down the notoriously shaky and aptly named Crooks Rd. The winner gets his tires fixed. Losers will be lucky to get a bed at the DMC.

Detroit is home to roughly 90,000 vacant homes and residential lots. Mayor Dave Bing has pledged to knock down at least 10,000 structures, but that still leaves a substantial amount of derelict dwellings. Demolition Detroit gives the green light to contestants to get the job done by any means necessary. Be creative, but unrelenting. The winner gets a top floor suite at the Ren Cen, offering exclusive views of your hard work.

Slows Bar BQ is home of the best BBQ in Detroit, a statement closer to fact than opinion. If you haven’t tasted for yourself, perhaps you’ve seen the establishment featured on Food Network or the Travel Channel. But if you have been, you are well aware of the infamous wait times around lunch and dinner hours. This challenge is simple: the first competitor to get a table wins. Bribe, cheat, manipulate – do whatever it takes (use “What Would Kwame Kilpatrick Do?” as your mantra). The prize is fairly obvious, but you could be waiting until the next Olympics.

With a new bridge connecting Detroit and Canada in the works, we thought this challenge would give competitors a chance to forge their own path to the land of our northern neighbors. One rule: no authorized structures (no bridge, no tunnel). Do your best Michael Phelps impersonation and ford the river. Hire a jitney and make it through U.S. Customs in the trunk. Take a serendipitously illegal trip in a hot air balloon. The first one to be sucking down a Mai Tai at Caesars Windsor gets a cash prize in Loonies and Toonies. Bienvenue!

We hope you enjoyed our satirical take on the Olympics in the D. With enough luck and support, perhaps the actual games will make it to our beloved city sometime in the future, but we won’t hold our breath.

Tagged with: Detroit olympicsolympics in Detroit