Underground Events in the D 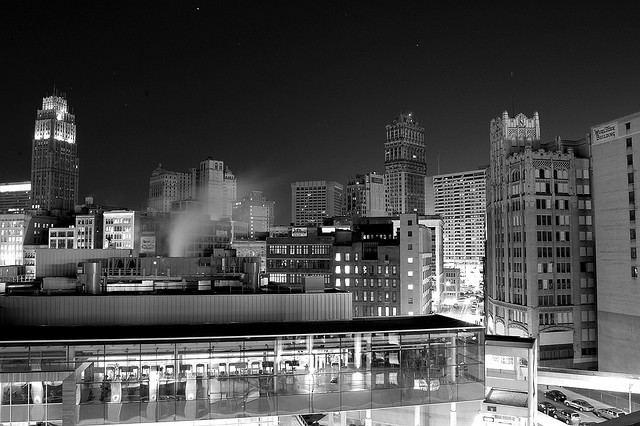 We all know about The Dream Cruise, River Days, ThunderFest and The RiverFront Fireworks. These summertime events get plenty of press around the Metro Detroit area, as well they should. It’s no easy feat pulling off these large affairs, and it’s always nice to see the city playing host to the great denizens of Michigan. But there are always things flying under the radar in Detroit. Here are a few to check out in the upcoming months:

If you don’t know who Patti Smith is, please get on that. You have the Internet at your disposal, so the tutorial will be brief. Basically, she’s a rock Goddess – one of the greatest punk rock artists/singer-songwriters to come out of New York City in the ‘70s.  Her debut album Horses was an instant classic that still stands strong (play it loudly). But this gal is no one-trick pony; she’s also a poet and photographer. This exhibition on display at the DIA focuses on the latter, highlighting rich photographs that reveal her greatest inspirations over the past decade. Definitely worth the price of admission ($8, $6 seniors, $4 ages 6-17).

If you were saddened to see Tastefest get the boot a couple of years ago, here is some good news. An indie version of the original food festival is coming to Detroit for one night only. The Museum of Contemporary Art will be the place to be Friday night for all kinds of creative dishes such as homemade salsas, sushi and sweet potato waffles. The event will be put on by entrepreneurial home chefs as well as small food and drink producers from the Detroit area. If that isn’t enough to satisfy your hunger, keep your bib on. Baconfest starts the following day at the Royal Oak Farmers Market from 6-10 pm (vegans beware).

Events in the D, In case you missed out on the 5th Annual Detroit Windsor International Film Festival last week, perhaps the Detroit Film Theatre can fill the void in your silver screenless world. Just don’t expect any romantic comedies you could easily find at Emagine. The theatre’s current schedule includes French classics such as La Belle et la Bête (Beauty and the Beast) and Les Miserables as well as American classics such as King Kong and All Quiet on the Western Front. And in case Patti Smith peaked your interest a few paragraphs ago, you’ll be happy to know that her film Equation Daumal, 2008 is currently being screened daily at 1 pm up until September 2.

We encourage you to check out these underground offerings in the always appealing city of Detroit, and be sure to keep an eye on our blog for other activities we find worth reporting.