A Look At the Original Photoshop

Home Office Ramblings A Look At the Original Photoshop

People are well aware of how old Macs are (almost 30 years now, if you aren’t). What many aren’t aware of is how old one of its most beloved apps is: Photoshop.

This is one we couldn’t be much more fond of, as we use it pretty much every day in our office. So let the guessing game begin! 6 years? A decade? Dos decades? Believe it or not, the graphic editing staple has been around for 24 years now, making it nearly a quarter century old. If floppy disks were able to walk and talk their way into a bar, it would be able to order any adult beverage it fancied. 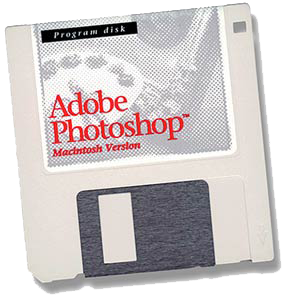 Were you more confused by the image of a floppy disk ordering a drink or the fact that we referenced a floppy disk in the first place? Yep, the original Photoshop was in square form back in those days, as was the case with most software. Not at all hard to imagine considering how far we’re going back here.

Like all great inventions, Photoshop wasn’t without a rival. ColorStudio, then owned by Letraset, was the main alternative to the Mac classic. While Photoshop cost $900 at the time, ColorStudio cost a whopping $2000. Pretty steep for a floppy, huh? The Mac alternative a couple of advantages. For one, it supported plug-ins (typical Apple). But more importantly, anyone could use it with just a little training. Colorstudio, on the other hand, required complete immersion.

Thanks in part to those two legs up on the competition, Photoshop has outlasted all competitors over the two-decade+ war. We’re well aware of how the newer versions look and operate, but were bowled over by the old school visuals of the original. Check ‘em out for yourself. 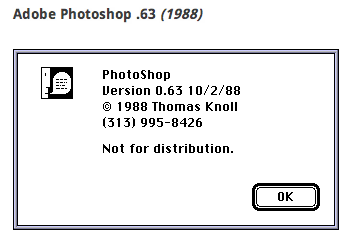 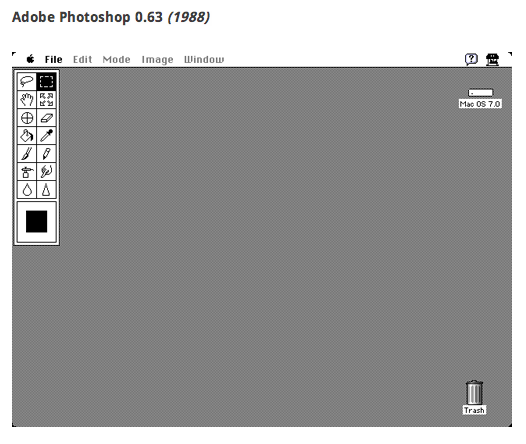