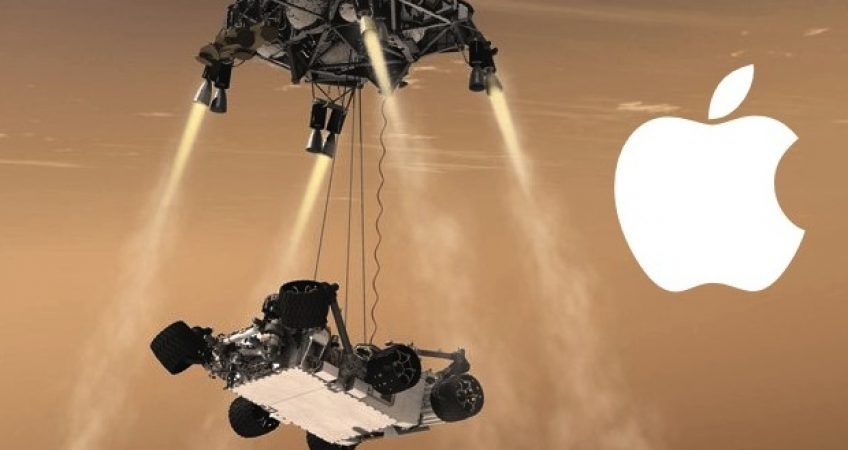 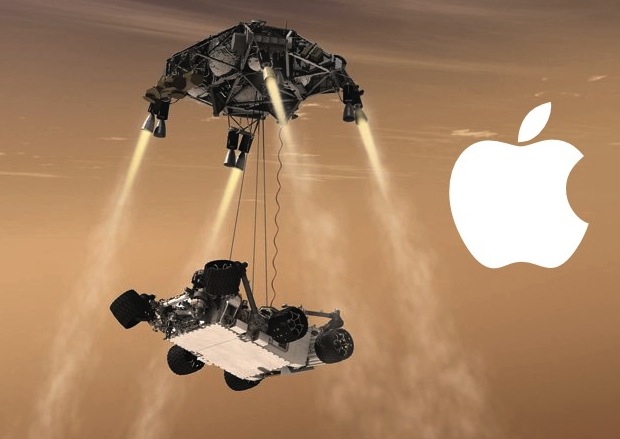 Today’s big news came in alien form.  At around 1:30 a.m. ET, NASA’s Mars Science Laboratory, aka Curiosity, attempted and succeeded in landing on Mars. The 2.6 billion dollar rover made a dramatic arrival on the Red Planet that was described by NASA scientists as “seven minutes of terror.” The ridiculously complex procedure involved the use of the largest supersonic parachute ever built and a “sky crane” to lower the rover onto the planet’s surface. Pure craziness.

The extraterrestrial event could have also acted as an advertisement for Apple. Those who experienced the landing on NASA’s live feed were sure to notice that the space agency’s Entry, Descent and Landing Operations (EDL Ops) team were almost solely plugged into Macs at their Jet Propulsion Laboratory in Pasadena, California. In fact, photos taken inside the laboratory revealed that all but one laptop in use was Apple-approved – a very lonely and out of place IBM ThinkPad.

Mission specialists employed rows of mostly MacBook Pros to monitor the rover and the spacecraft that carried it to Mars.

Okay, so the bigger news here is that NASA scientists and engineers designed and built a huge robot that is currently crawling around an alien planet, conducting experiments and gathering data. But we found it interesting that the often art-aligned MacBook is now in spacelabs as well as design labs. So the next time someone asks us what our Macs are good for, we can add “mobilizing giant, nuclear-powered robots in space” to the capabilities list. Pretty cool.